👆🏻 It has been a few days, and we are ALL on the road to recovery.  So, I can use a little light humor.

Dillon had an accident on his skateboard on Tuesday.  (I have rephrased this a million times in a gazillion texts.).  We let him go way too soon on a stupidly, seriously steep hill.  I watched the whole thing.  I saw the skateboard shake.  I knew he was going down.  I saw him abort and try to run a few steps, but the speed was beyond his ability to maintain.  I watched him crash and roll.  I ran as fast as I could, and I saw him swooning...his wounds...they were all over his body.

But he was injured (how badly, we were not sure), and he was emotionally traumatized.  (And so was my poor Evan...sobbing, mostly ignored, following behind us.  I tried to take a few moments to reassure him, but my goodness...my mini-me was in a disaster.)

We had to hike him back up the hill and about 1/4 mile to the car.  I ran ahead to get everything ready.  I put the few bandages I carried on the worst of his wounds and white-knuckled us all back home.

You may ask why I didn't go straight to the ER.  I made a judgment call.  I don't have the faith in hospitals and professionals that I used to, and I felt the emotional emergency currently outweighed the physical one.  I was better to cope with the one and just as good to deal with the other. 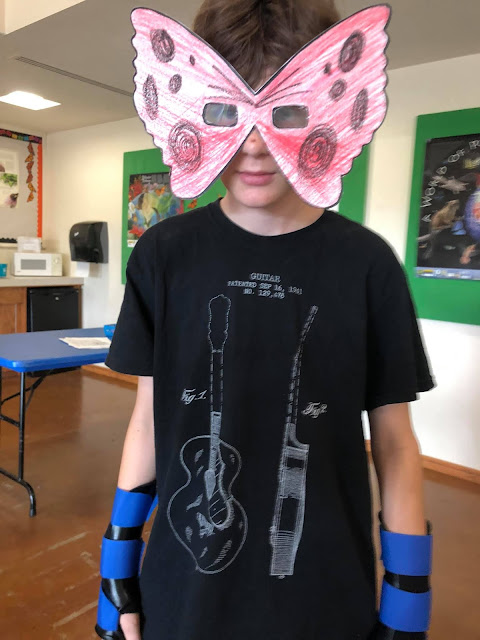 I took him home.  I handed Evan over to his sister's competent hands, to mend his heart.  I sanitized my own hands with antibacterial soap.  I prepped multiple clean rags, and I inspected, cleaned and bandaged my first son's wounds, gently, one by one.  It was painful and traumatic, but this method enabled me to get everyone, including Dillon, calm and collected and more comfortable.

When all was said and done, we had Dillon resting in his bed. 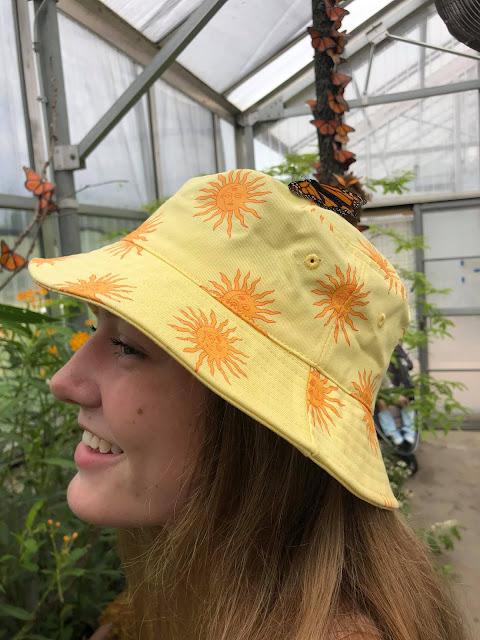 The entire time, Matt had tried to test him for internal wounds.  But, it was difficult to get a range of motion, when the wounds on his arms interfered with his ability to move them.  Ultimately, we made the decision to head to urgent care.  We were hopeful they would scan his arms to test for fracture.  However, after a couple of kind nurses inspected and re-bandaged each and every (almost...I happened to be a bit more thorough...) wound, a slightly indignant nurse practitioner forwarded us to an ER for a more intensive scan.

And...after more waiting, and an excellent experience in care, my little guy has managed to fracture BOTH wrists. 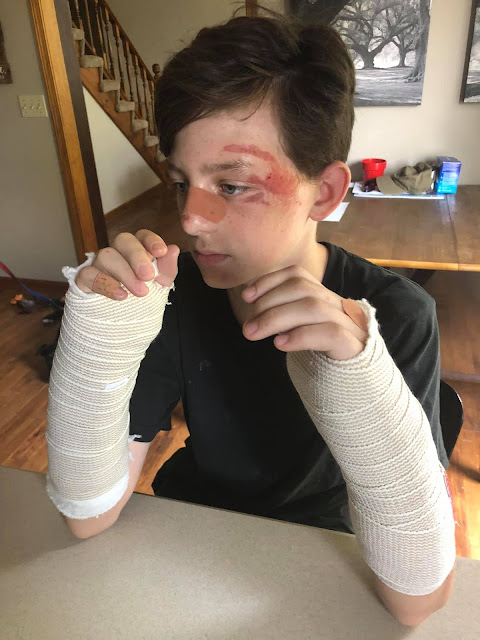 He is fortunate to have received the diagnosis from a doctor whose entire baseball career (think Minor League-bound) was ended with a worse diagnosis.  (A story for another day.  Ask me.  I love to tell stories!!). Since we will only be missing one 12U Fall Season, we let that put things in perspective.

I can't say that doesn't mean I didn't feel like giving up.  In the days since the accident, I have felt many things.  Downcast.  Disheartened.  Broken.  Beaten.  Angry. Afflicted.

I do not self-abase when I say this was all my fault.  Matt asked me to plan another mini-adventure.  I chose something local.  I took them to a local falls, and I protected them from falling there.  I took them on a walk, and I specifically chose to allow the wheeled vehicles that would decrease the whining, so I could get some exercise.  I looked the other way when they did not wear their helmets and when he chose to take that hill before I advised.  Despite my better judgment, I did not intervene.

I don't run, and I do not hide from the responsibility that is mine.  I failed my son, and I failed his team. 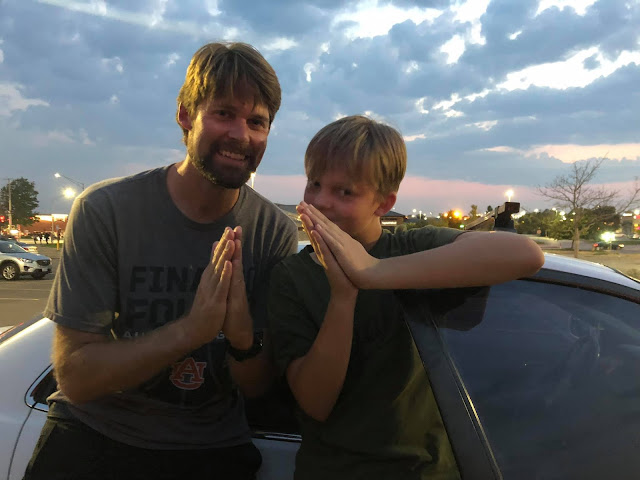 This is regret, and I am forgiven.  But the worst is having to forgive myself.  It doesn't happen that my forgiveness is easily won...worst of all to myself.

I will get there.

We had an appointment two days after the crash.  A lovely (and magical...ask Dillon) gentleman in a bow-tie, listened to my heart's concerns about casting over these delicate wounds on the arms of my beloved.  He opted for splints, instead...so I could keep an eye on the healing process and protect against infection, like a good Mom.  But here's the thing...I love that doctor, because he trusted that I would.   (Unlike a certain NP, but...trying not to hold a grudge here.). And I will.  I will be ever-diligent in assuring that my son fully recovers, to the best of my human ability, because I CARE...sometimes, to a fault.

And now that everyone else is recovering, I will allow myself, slowly, to begin to heal.  Over the week, I have analyzed multiple outlets for reprieve from the misery, but nothing fulfills.  Nothing ever does. 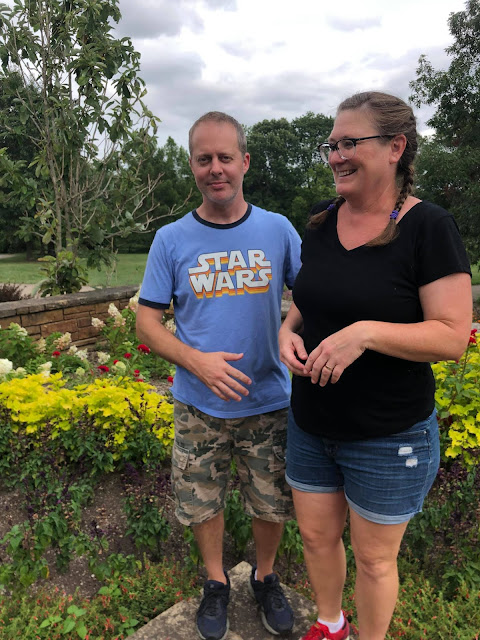 I must press in and face this disaster head on.  I must claim my responsibility and my forgiveness. And, first and foremost, I must remember how fortunate we are.  I have all too much experience to know that things could have ended in worse ways I don't care to define.

It’s interesting how desperate you can be for the little normalcies in the midst of trauma.  My first real moment of relief is brought to you by the dog park.  Seeing the familiar faces and having them share with me in my horror.  And one of my favorite dogs, who rarely acknowledges me (unless I grab him and make him) came straight over to me and gave me the biggest love.  No one will ever convince me that beautiful, dark Shepherd didn’t sense my sorrow and dutifully respond.   Plus...he is "Vader," like Darth (though I secretly call him Ani)  so...he is, obviously aware of the special bond between me and the troubled. 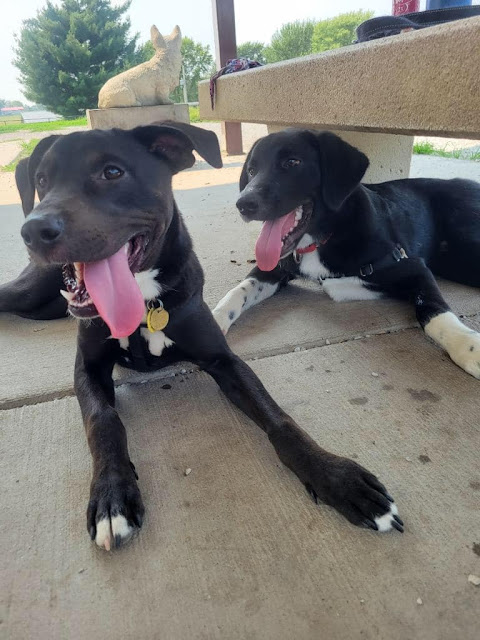 Well...anyway...while I slowly try to navigate a new normal...with a very active kid completely incapacitated with two broken arms...(I feel like that should be enough to elicit the sympathy of the world)...

I have managed (after a little co-ercing) to plan some adaptive activities.  We will not be leaving town on a  camping extravaganza.  (I, literally, had my eyes on the Indiana Dunes and, as always, Colorado). However, I did find our mid-August Powell Gardens fall-back plans (Hello, Butterflies!!!), and my beloved Royals offered me $10 tickets (flashback 1990's!!!) to see them play...you won't believe it...The Yankees!!  (It just so happens there was a picture of Babe Ruth in our room at the bow-tie ortho guy's office.  I think it's a sign.) 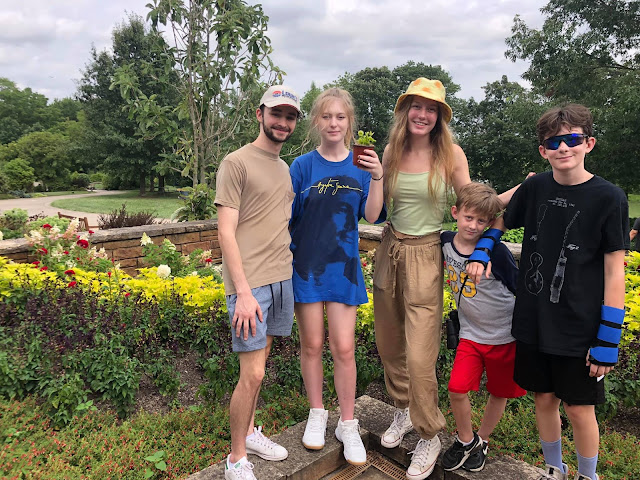 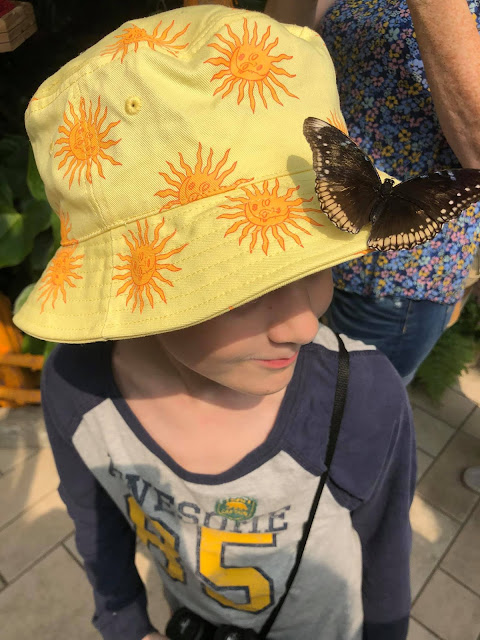