It's been a bit!!  I'm trying to focus my energies over here, and as is typical of Kristen Shanna...we got a lot going on.  Our new puppy, for example (big, long, drawn-out, exhausted sigh).  I've been helping out a lot, as I expected, but yesterday, when I just about keeled over with depressed exhaustion, I had to officially turn the reigns over to XO.  Today, she is having culture shock.  Eight a.m. is a hello lot earlier than her typical 2-4pm wake up.  I could tell she'd just about had it with the pup this morning, and I have to admit I felt a little bit sorry for little Jesse.
Yep...we finally named him.  We picked him up on December 22, after about a 7 week wait, which was good timing, since I was on official Winter Break vacation time.  I knew I would be essential in helping set the initial routine for potty training, feeding and simple commands.  Jesse is a shelter mix who was rescued from Memphis, Tennessee.  He was apparently on a euthanasia list, along with his siblings, and maybe mama??  I know.  I don't understand it, either.  Regardless, he has been neutered, microchipped and treated for just about everything a puppy might need, and all that was not cheap...so we made XO save her money to pay for him.  Of course, I'm sure you realize, as much as I do, who will be paying the regular maintenance fees, but...at least we made her play her initial part in the financing.  AND...I fully intend on gradually releasing responsibility for the other things.  XO is working hard toward finishing her associate's in CAD, and she already has at least one company pursuing her.  Real life is right around the corner, and we are glad to be sending her with...well, sheesh...she practically has a zoo up there, but we are most relieved to send her on her adulting way with a little protector dog. 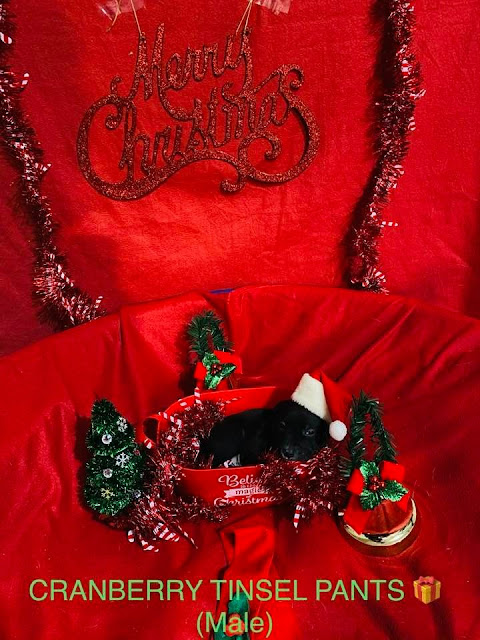 We had a mighty struggle trying to decide on a name.  I preferred his shelter provided name, Cranberry Tinsel Pants.  And, yes, they made me say that out loud.  (Ha!  Hilarious.) That name, along with the initial picture we received of him, immediately won our hearts.

So, how do we choose a new name that lives up to that kind of perfection??

Initially, she wanted to name him Cujo.  And, while I have recently become quite the Stephen King fan, I didn't feel it was fair to scar the pup with that kind of legacy right out of the starting gate.  I teetered on the fence about the irony of a gentle dog with such a vicious connotation as his banner, but...I have a natural phobia to big dogs, and this one has the potential to tip the scale toward that end.  So...Cujo was out.

We tried about a million others that were immediately rejected.  Bolt...too Disney.  Hopper...too rhymey with my step-neph-pup...though I would have loved to tribute Jim.  She landed on Bullet for awhile, but it just didn't end up sticking. 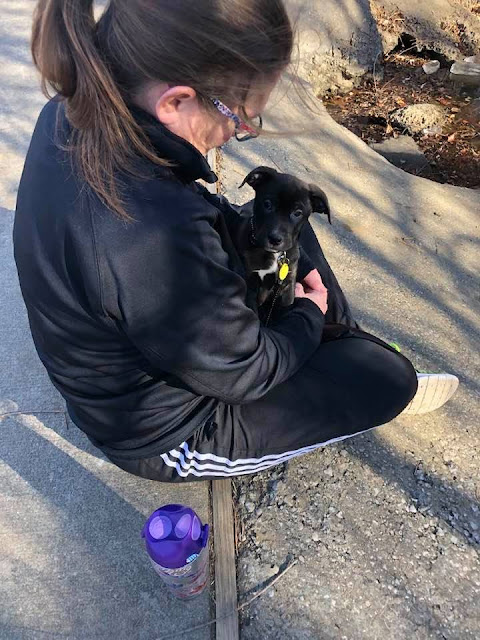 Then, I was spending my typical morning time, annoyed with the overly zealous chew-monger, attempting to destroy everything in sight with his mouth and bowels...and I had enlisted Eden's help.  We were both on high-anxiety alert, when I lay it to her straight, "Listen.  You can either watch him here, or you can ride along, but I HAVE to go pick up my Sam's order!"

Daunted by the idea of being left alone with him, she opted to ride along.

We both dropped, exhausted into the car, and I gave her the charger.  "Please...get a playlist going!"  #musictherapy

And, suddenly, as Rick started fiending over Jesse's Girl, the mood changed.  And Eden and me...we were awesome again.  I knew in that moment that XO was, without a doubt, Jesse's girl.

Now...it only worked because I knew that Jesse was on her "maybe" list, and she has a thing for Jesse Pinkman on Breaking Bad (which I have never watched).  So, I knew the jury would lean in my favor.  And I have to admit, I see the little "bad boy" James-family bandit when she puts her black bandana around his adorable little neck.  But...I also just looked up the name meaning (one of my FAVE pastimes), and Jesse means "God's gift." 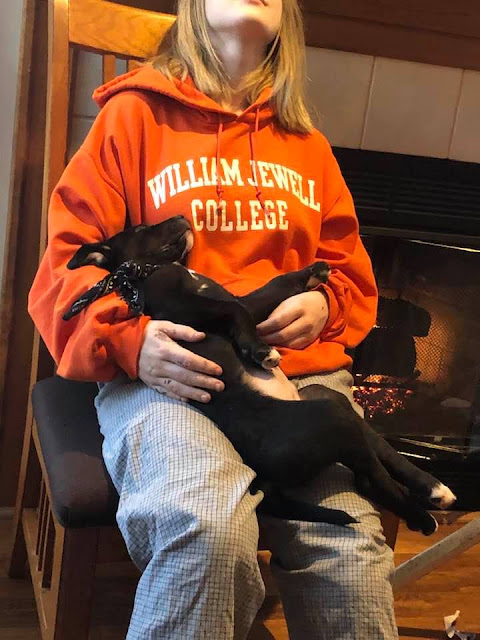 And Jesse is a pretty good pup, as puppies go.  He doesn't bark.  He loves people...especially the kids!  He doesn't get worked up over other dogs or pets.  He is a quick learner and is already responding well to high-alert potty training, as well as "sit" and "no" commands.  So, I feel pretty fortunate.

Unfortunately, as I expected, Jesse did NOT solve all of our problems of winter blues and seasonal doldrums.  Yes...it has already hit.  That after-the-holidays funk I love to hate.  When I was younger, I used to rile myself up with ridiculous expectations, and I blamed the holiday blues on unfulfilled expectations.  However, I have since reduced expectations, and the experience is the same.  Despite a VERY Merry Christmas...

...and I mean, very!  We had lovely family parties.  I'll admit, it was a bummer when certain family members were unable to attend (on both sides!)...but that is really to be expected, especially this season.  I had the kids' gifts knocked out pretty early in December, and they were all completely content with their gifts.  We had a new puppy to love.  I even got to see my old friends...and there is NOTHING more soothing than spending time with a genuine, old friend who has known me from my beginnings.  So...what more could I really ask?!!

Yet...I still managed to fall into this unsettled post-holiday discontent.  I am bored.  I am uninspired.  I am lazy.  I am exhausted.  I want, but I do not know what I want.  I am constantly searching, but nothing fills. Rick gets me...we are never always contented with what we have, are we?  Ho hum. 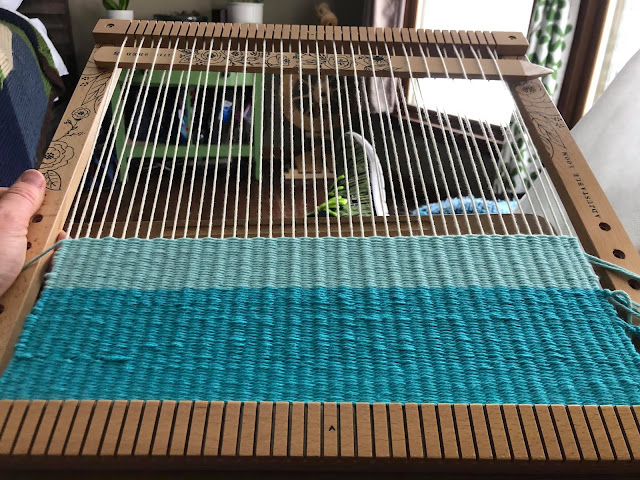 So, I did the only thing I know to do...ride the tide.  They are, after all, just emotions - fleeting as the weather around here.  I took a day off to rest.  I literally slept most of the day.  I prayerfully reset.  And I picked up some old projects for which I haven't recently found time.  (Projects that bring me joy...all the rest can wait!). Oh...and also...I made myself get outside and get moving.  That always tends to cheer my soul.

And now...back to the grind.  Fortunately for me, my kids' schools opted to skip the Monday, Mondays and scheduled a Tuesday return from winter break.  Odd...but much appreciated right now.  :) So, I had to take a vacation day to be home with them, which means I have one more day before jumping back in.  Sooooo...I get to continue treating Sunday like a Sabbath, because there is always tomorrow...tomorrow, I love ya, tomorrow...to prepare for the tidal wave that's about to strike. 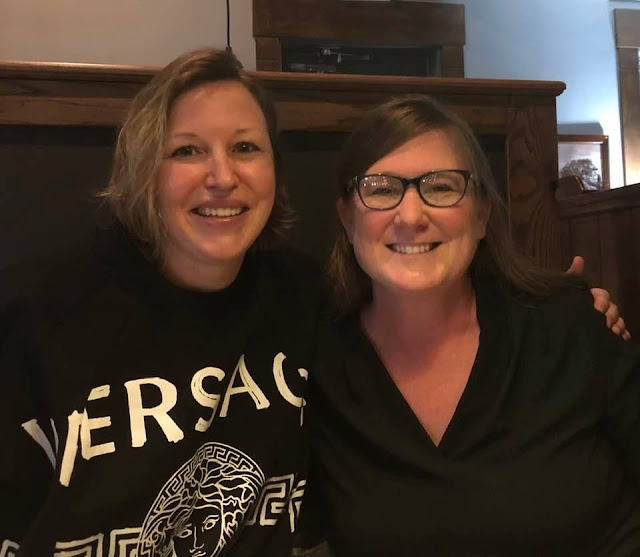 And I'm going to appreciate every minute of the next few relaxing hours, and as much of tomorrow as I can, because you never know what the next hour (or the next tomorrow) will bring.  From chaos to frustration to tragedy to joy...I'll just keep taking each moment one and a time, and continue to breathe (and pray) my way through.
Much love to you!  Merry Christmas, Happy Holidays!  Now, let's get back to the grind...after these messages.  ;)
And good night! 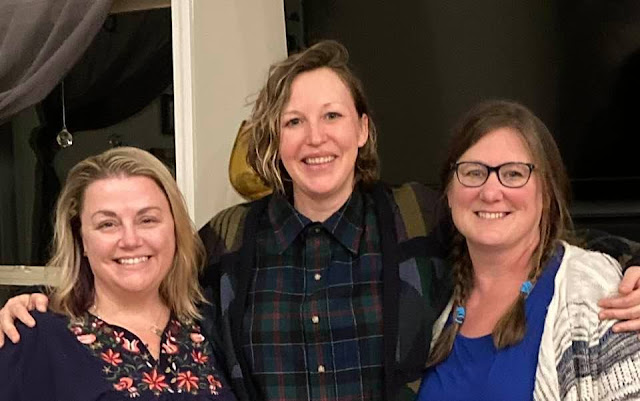