No Pomp and Circumstance

Well...my girl has officially graduated high school...no pomp and circumstance for us.  Not that she cares.  I think I'm the only senior parent this year who is grateful for the abrupt ending.  Like her mother before her, she was more than ready to get the heck out of high school.  She didn't even want to walk in graduation.  I bought the cap and gown as a hopeful, just-in-case.
She was just ready to move on.  I get it.  However, being on the parent end of all this sure made things difficult.  Although I graduated early, my mom still threw a party to celebrate.  But...I wasn't sure how people would respond if I did try to throw something THIS year.  I simply stagnated in a state of bewildered immobility. 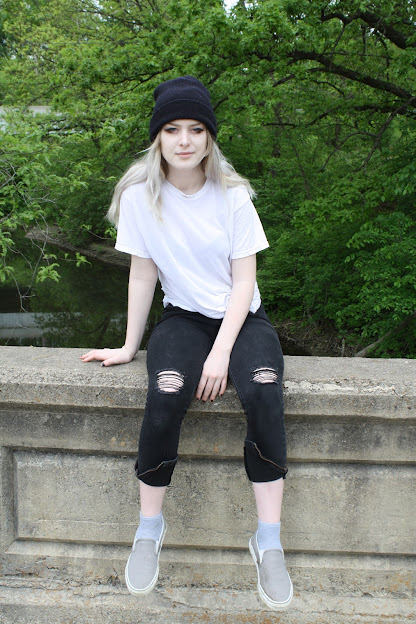 Thank God my big sis got involved!  Apparently, a "card carnival" is a thing this year???🤷‍♀️ , and several people responded to celebrate my girl. 💕   It was heart-warming and endearing.  But my sister didn't stop there.  Since I could not CONVINCE my child that we HAD to get a senior picture, my sis stepped in and had her over to take some pics.  Of course, I was a little displeased with the dark goth-style results (which my girl happened to love, of course).  But, apparently, that session inspired her, because she suddenly woke up the next morning...shocking, given her typical late afternoon arrival to greet the day... and when she said, maybe, we could take some pictures, I jumped.
I grabbed my camera and drove her a significant way to take her photos in the exact same location where yours truly happened to take my own senior photos.  (Yes...I still live that close.  What can I say?  Apparently I AM capable of compromise. 🤷‍♀️)  Unfortunately, that specific park was closed for "my safety".  (FYI...this is getting SOOOO irritating, but anyway...)  I made the executive decision to step over the rope and walk in rebellion a quarter mile to my destination, a most lovely creek and falls.  I don't usually break the rules, but this time...I had a point I needed to make.  In fact, I think the rebel defiance suited the current mood and made things more fun for my girl, (I get it.  I was there once, myself.  I still am a lot of the time.), and it also rewarded us the entire place to ourselves.
We had fun together.  She caught a snake as soon as we walked up, of course.  She posed in several locations, while I snapped about a million photos.  (That is my strategy...snap a million and you ought to get one.  It works a lot better now that we have bypassed the whole film era!)  And...I forced her to go through them with me immediately upon our arrival home, so there was zero delay in our decision and very little delay in getting the actual prints.  I walked away with 3 whole poses on which we both agreed...and I couldn't be more proud of the 11 x 14 canvas now sitting on my mantle to honor the heartaches and strife this kid has battled and overcome over the last 18 years.  Turns out, it made her feel pretty honored, as well, to have her lone, smiling image glorified front and center in our living room.  :)  Proud mama.
So...to celebrate, we decided on a little senior trip get-a-way. 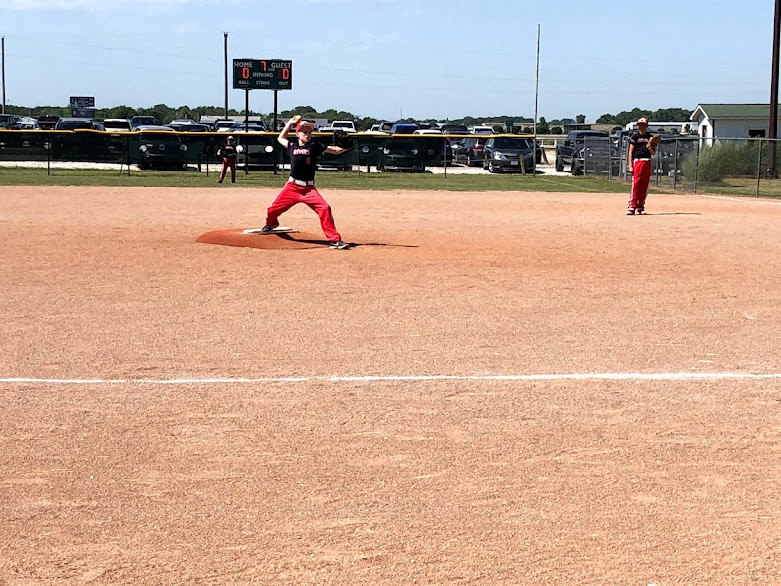 Actually, I initially invited her to come along on a ball tournament to Nevada, MO.  (I know, right?)  I kind of thought it was a joke.  But she got, like, super excited, so I played it off.  Fortunately, unfortunately, we ran into some major rain and the weekend tournament became a Sunday tournament.  She was disappointed.  I suggested we would make it up somehow.  I was thinking Ozarks.  She mentioned Texas beaches.  Matt started googling Colorado.  After some necessary intervention, we landed on Galveston.  We decided Saturday, drove to the tournament Sunday (with no place, officially, to stay). 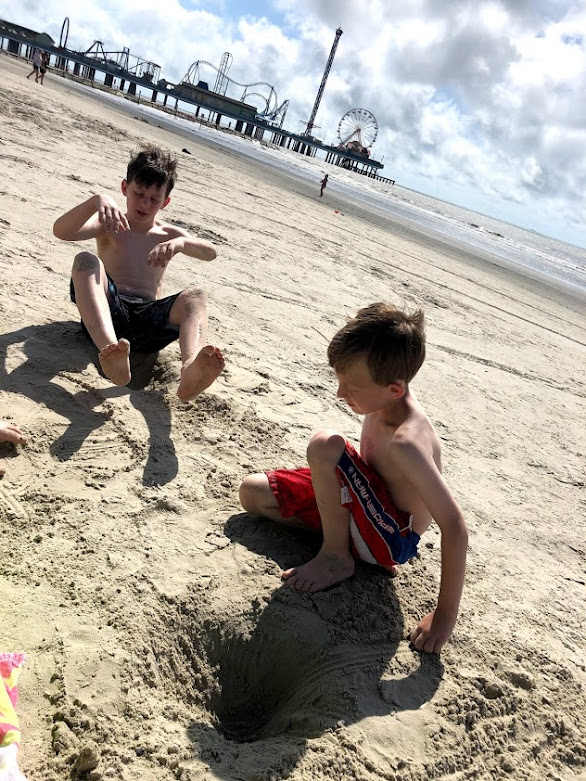 As fate would have it, we lost earlier than we'd hoped.  We drove a few hours closer to Texas and stayed in a rather sketch hotel...(those, and a few other, details for another day...)
I went into the brief vacation 1) knowing it was NOT exactly going to be a vacation for the parents 2) Grateful my very impulsive 18 yo was happy to have her senior trip WITH the family (which included the watchful eye of Hawk-eye Mama) 3) Relieved to have a change of scenery and a break from shut-in and mass hysteria.  (In related news, I ALSO took an extended break from social media, but THAT was for my blood pressure.  Just, PLEASE...be nice and allow for other opinions and perspectives, no matter how right you KNOW you are.  AMEN.)
And so...the Galveston vacation was a LOT of work and planning, a lot of exhausting intervention, and a whole heck-of-a-lot briefer than my selfish heart would desire.  But, it will go down in the records as another a happy and precious memory of time spent together adventuring. 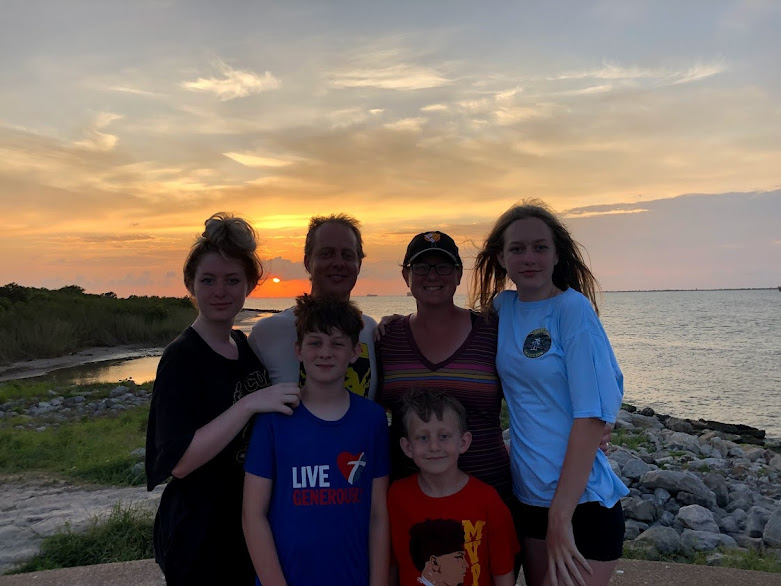