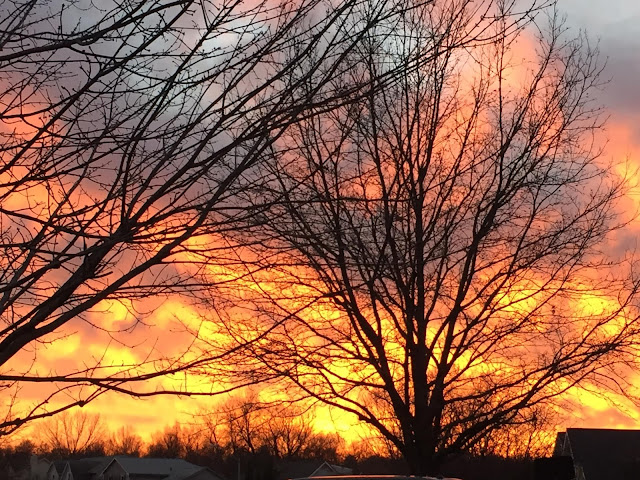 It's been a long week.  Back in full throttle mode, long hours and lots of people having difficulty transitioning back from break.  I am a de-escalator.  I specialize in getting people who don't want to...to participate.  I am not always successful.  Either way, it is a major energy drain.  I have to channel all of my resources to filling up during times off, so that I can put everything I've got into both of my jobs, because both of them are challenging in their own ways.

However, I'm not so sure I've had it right all along.  I may just be thriving with all of this opportunity to deal with huge amounts and varieties of people all day long.  One day at home with my four kids proves that being home bound alone with them can be just as challenging and draining (if not more) than working my full-time job and internship together every day.  At least I am teaching, encouraging and de-escalating different people...people who might actually listen to what I have to say. 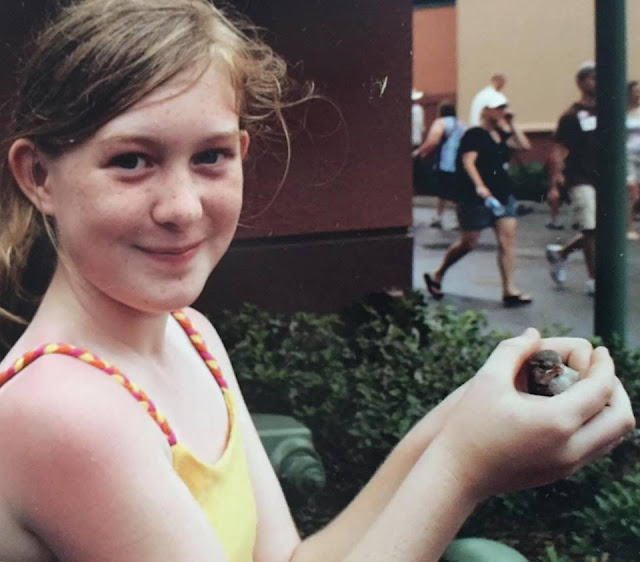 Oh, I over exaggerate.  I love my kids.  They are AMAZING, and I am awestruck by the talent and beauty and intelligence God has brought up out of me in these four lives .  Xander is on her second semester of an early college Engineering program at MCC, and she is THRIVING.  She has a super, sweet boyfriend, and he is a big source of help in the house (a major relief to me! He actually encourages her to listen and obey!).  She is still SOOOOO full of life.  (Free-spirited like her mama...and look...I told you she once caught a wild bird!) 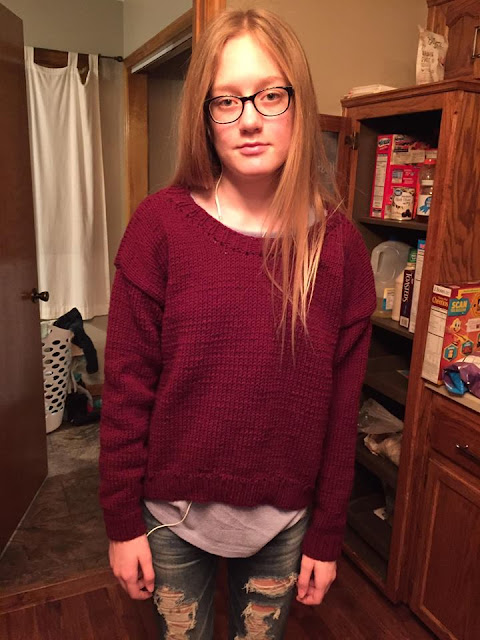 Eden, while she has become quite teeny this year, is so super competent and self-driven.  I got a letter in the mail this week specifically recommending her for a high school class, and it is not the first (or the last, I'm sure) that I will get about her scholastic excellence.  This week, she texted me that she would be forging my signature in a letter.  You know...when you have teenagers who tell you they are forging your signature and why...I think you just have to be grateful.  (Everybody around here knows I ain't got time for dat.)

Here's how the text went:

Eden: This form is due today.  I'm foraging your signature.
Me: Actually, it's "forging."  Foraging is hunting for something.  Like, "I'm foraging for wild edibles."

Sure dear...forge away, but please don't make such severe vocabulary errors.  That is unacceptable. 😉😂 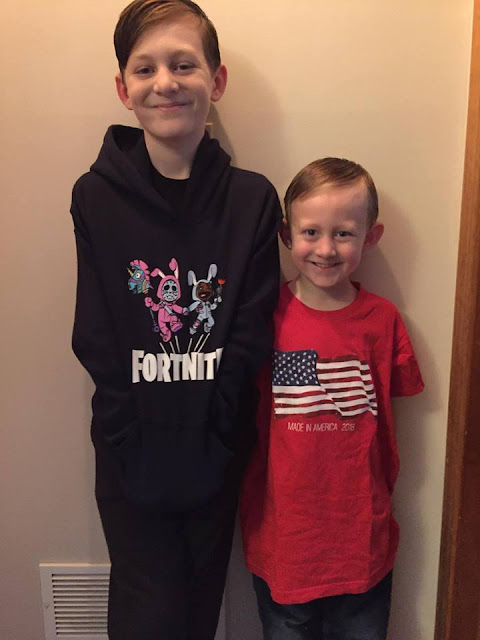 Dillon has been excelling, too.  He has had a pretty tough year.  Just before Christmas, he was starting to really hate school.  Apparently, there are a lot of behavior issues in his class.  His teacher has said he is a good role model and just sits quietly through the chaos.  But it was getting to be a little too much for him to bear just before break.  For the first time in elementary school, he was begging every day to not have to go.  Fortunately, he has been relieved that things have calmed since then.  He is back to enjoying school, and he brought me home his MAP (Missouri standardized testing) scores from last year.  He scored advanced in both English and Math.  But my jaw about dropped to the floor when I looked at his math sub-categories.  Out of four categories, he maxed out on 2!  Every question right?!!  He DEFINITELY did NOT get that math-sense from me.  🤷

And Evan...well...he is still that precious, deep Evan we all know and love.  He is currently into the 1984 Ghostbusters.  Wanna know his favorite?  I bet you can guess.  Yep...he just worked hard cleaning yesterday to earn the Marshmallow Man, Stay Puft.  (We are actually currently hiding from Stay Puft, who has invaded our house, right now...as...I...type!) And he has been watching the movie relentlessly.  Total blast from the past! 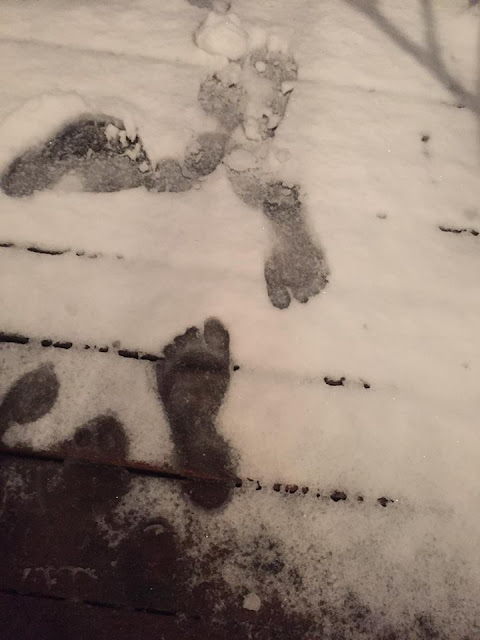 But the best part of my week came after a long, long day.  I was kind of weepy all day.  I couldn't quite put a finger on why.  It was later in the week, after some really emotionally challenging days.  I'm walking through a few transitions - changes at my internship and starting up class again.  (Change is ALWAYS so hard for me!)  But sometimes...I know I'm weird...but I think I have some kind of prophetic empathy.  Sometimes I feel heart ache, and I don't think it is my own.  But I feel it...just as intensely as if it were.  That kind of heart ache stinks, and that's what I had this day.

I had worked all day, and it was about 7 pm by the time I got home.  And I was glad to be coming home to a house where Matt had been all day, because that is typically just sooooo much easier and better.  But when I walked in, he had this hugely suspicious smile on his face.  And he had texted me earlier when was I going to get home, and I was late...so I expected him to be irritated, and I could not even BEGIN to imagine what he was smiling about.  And I assumed I was missing something, because I am soooo unobservant sometimes, and he had probably accomplished something I wasn't noticing, and I didn't want to disappoint him...so add anxiety to heart ache...when he burst out with the most joy I've ever seen on his face, "I just booked two tickets to ICELAND!" 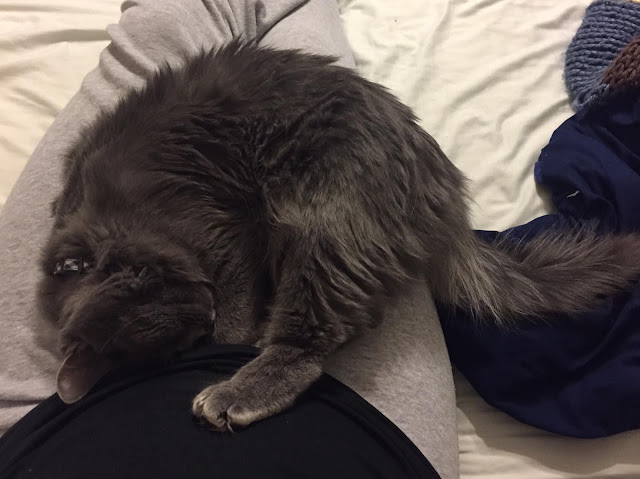 And I just about started sobbing, because that was the sweetest thing he could have said to me.  I think you would understand more if you knew the character of this guy.  Or maybe you do?  This man does NOT leave our children.  For ANYTHING.  (I can't even get him to come with me to my one-nighter work trips...and I've tried...especially hard for the one coming up this spring in Cape Girardeau.  So not looking forward to that 5 hour drive alone.  I'm going to have to work up to a good attitude on that one.) 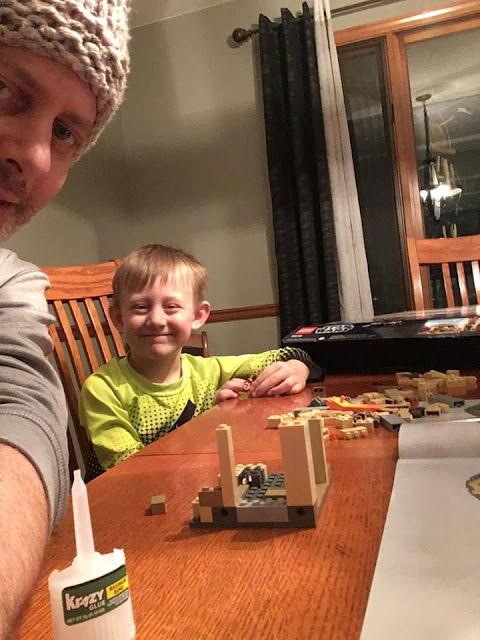 He doesn't leave our children.  He has said he will NEVER fly again, and he is adamant that he WILL NEVER leave the country.  That man is the same man who instigated a trip for us together...alone...out of the country.  To Iceland, no less. 🤷 (Of course, when I met him he wasn't getting married until he was 40, and he was never having kids.  So...it's not like I've never seen him change his mind.  😂)

I'm not sure exactly what has wooed adventure out of this very consistent and stable man, except that he is REALLY jealous for my time.  He has been so spoiled in the past with an ever-present little homie, and now I'm nearly never homie.  (He calls it Evil Synergy.  😂  Synergy, of course, is NOT evil.  It is very, very not evil.  It is one of the most giving, serving and synergistic organizations I've ever experienced.  Alas, it takes up 20 extra hours of my week.  So, to my husband, it is evil.)

So inspired by my frequent absence from the home, my upcoming Master's GRADUATION!!, and our upcoming 20th anniversary, my husband decided to surprise me with a trip, together to Iceland.   As it turns out, surprises CAN be a good thing.  (Of course, he couldn't keep it very long.) Adventure?  Me?  You bet!  Can't wait to blog about that! 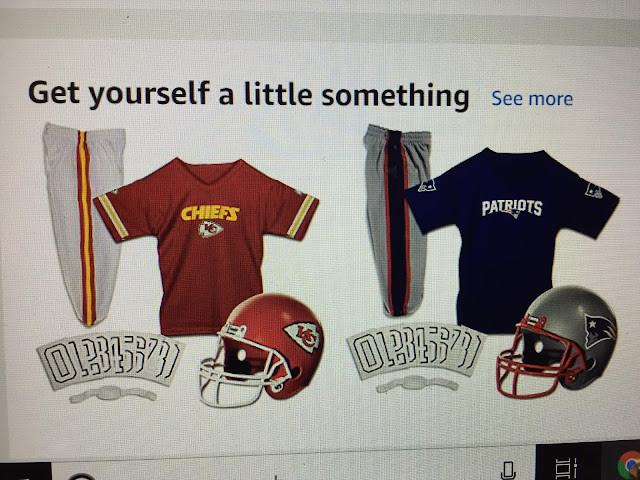 Happy Weekend, Homies!  Enjoy your time off tomorrow (for those of you who get it) honoring a VERY noble and excellent man.