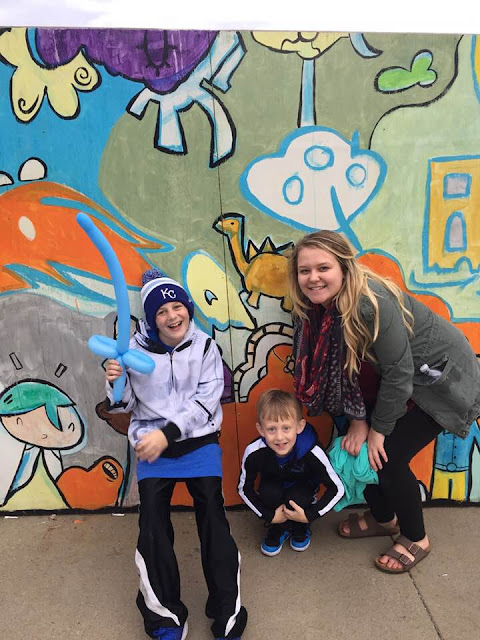 I'm pretty sure I read something once that somewhere, some country used constant irritation as a torture device.  Like...they would let their POW's fall asleep for just a few minutes and then would randomly wake them, so they never really got any sleep...and it drove their victims mad. I need to clarify...I might totally be making this up, but it DEFINITELY sounds plausible to me.  Because sometimes, a series of non-stop pin pricks can seem worse than one deeper wound.  Rip off the band-aid, for the love!

Today was a series of frustrations.  I started the day tired.  I have started every day this week progressively more and more tired, and I had little hope, since each day was scheduled to be relatively as long as the one before.  I'm not really catching much down time right now.

And I started out the day with a decent group, until some kid just COMPLETELY snapped during my fool-proof, everybody-loves-it lesson.  I mean, I've never seen such a Dr. Jekyll Mr. Hyde, and it just threw me off my rocker.  Inside I just screamed, "Listen kid, I'm over-extended.  I'm tired, and I REALLY just don't want to deal with this right now."  Instead, I steadied my composure.  I worked through it with his teacher.  I refused to listen to the "failure" within, and I told him I was proud of him for at least staying present in the room through his frustration.  That, however minor, was a victory.

I wanted to run out of the room crying when it was all over.  I did not have time to cry today.  Instead, I took a small break and geared myself up for the next school and the next class.  (I won't even start with the rude and annoying drivers I had to face while traveling today.) 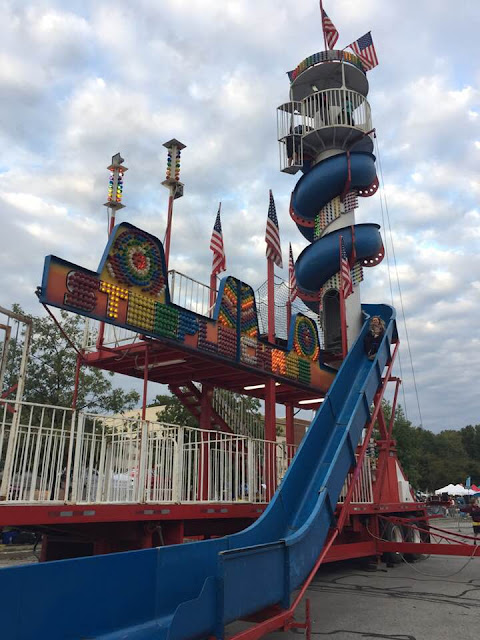 I showed up to the next school to find complete construction chaos, which, unfortunately, centered around the entrance.  Of course, there was no instruction, anywhere, on how to get in the building, and a phone call to the office (while very kind and friendly) did nothing to help me ascertain how the (bad word) I was supposed to actually enter to get to the kids I was supposed to serve.  Of course, my frustration was rewarded with a mediocre reception to the same, fool-proof lesson, and while it was not nearly as epic a failure as the morning session, it was certainly not what I consider good or effective.

But...do not worry!  I still had time for a mediocre therapy session...lots more insanely irritating driving experiences, and then...the Big Daddy of all fun...Fall Festival.

My sweet niece came back for her first college weekend break.  She was sweet to offer to go to the Fall Festival with the boys and me.  My girls, of course, had other plans.  I did not want to go at all.  I have to admit, I am a Fall Festival scrooge.  I don't have ANY idea what people find so exciting about cramming ourselves together on one block to paw at a bunch of over-priced crafts I don't need, food I shouldn't eat, and rides that are literally designed to come apart.  You guys...I think I can validly say that I hate the Fall Festival more each year.  I'm sorry.  I don't know how to not hate it.  And this year did nothing to contribute to changing my perspective. 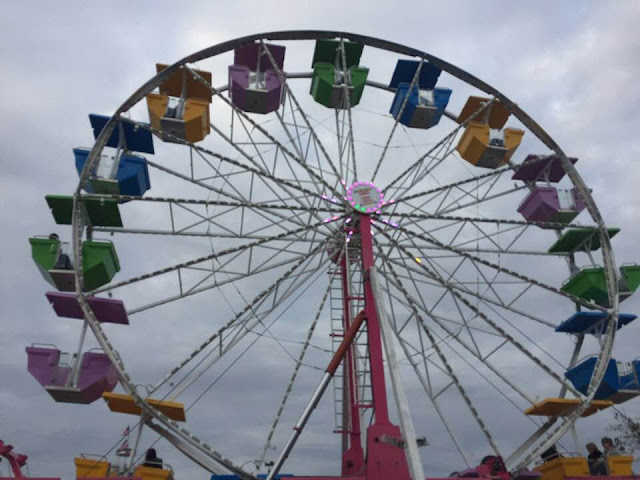 The highlight had to have been when, after a 30 minute wait, the (suddenly conscientious, self-righteous) ride operator refused to let Evan ride without an adult, and I didn't have enough tickets to let my niece ride, because, on my cheapskate behalf...MY GOODNESS!... they rode 2 rides for $20.  And I have World's of Fun passports.  We could, honestly be riding better, safer rides AND EATING for no additional cost...but for the sake of "tradition" and "mom guilt" I forced myself to put out the only cash I had on hand, because (I will say it again) WHO CARRIES CASH ANYMORE?!  And so Evan stood there sobbing loudly, and I let him stand alone awhile, just so everyone around (especially the ride operator and the adult with one kid behind us, who, in my view, could have stepped in to save my miserable day with one simple, kind offer) could suffer my misery with me.  And that is the only thing I do not regret about the Fall Festival. 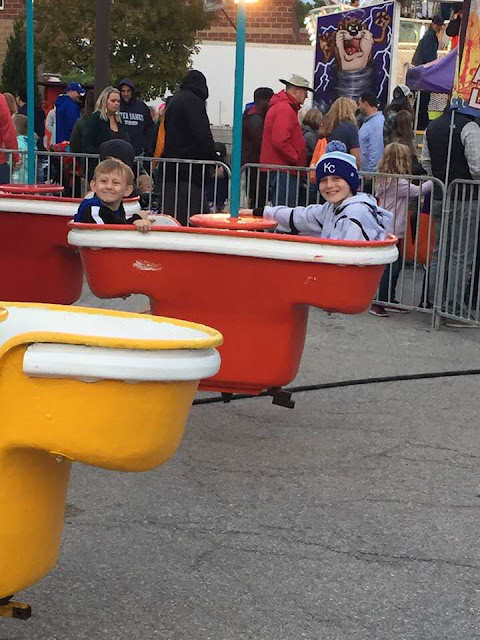 Because, unbelievably, that terrible, Fall Festival moment is in stiff competition for the crappy time award with the following moment, where I finally had to force Dillon to ride a less intense Evan-friendly ride he could ride alone with his brother, and he gave me attitude, and I got in his face and said, "Listen...I am po'd at that carnie right now, and I have had a really crappy day, and I really just want to get the hell out of here.  So, help me out."  #madmomskills  My sweet son obliged, with a better attitude than I expected, but he did not hold together well when the incessant spinning caused a head-ache and some slight recurrence of his strep symptoms, because, yep, he had strep for the bizillionth time this week.  I don't know which moment was worse, but the getting home part was just completely miserable.

So, yep...I can see where continual pin pricks might be effectively used as a torture strategy.  And I would never wish it on my enemy.  Because, unlike SOME people, I have a heart!  And right now, the only thing keeping me together is the promise of Saturday off, and even better, Matt (though he has to work) has taken care of the housework and the yardwork this week, so I might finally, truly get a teensy-weensy bit of a break. 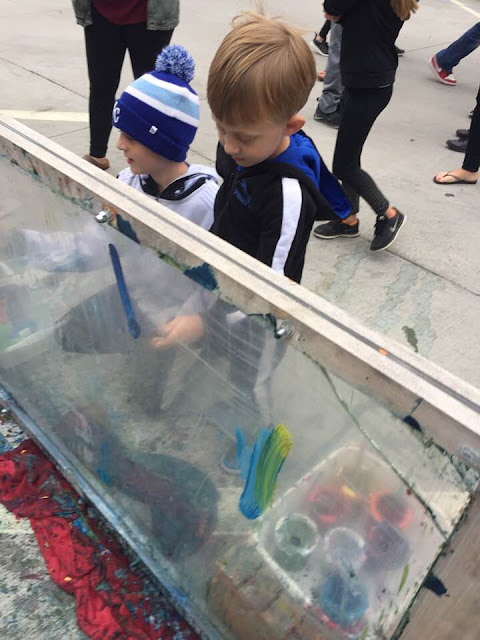 And I may or may not be actually looking forward to an upcoming work trip (shhhhh! don't tell!)...because that one night alone in a hotel room just might be my saving grace!