The Dreaded B Word 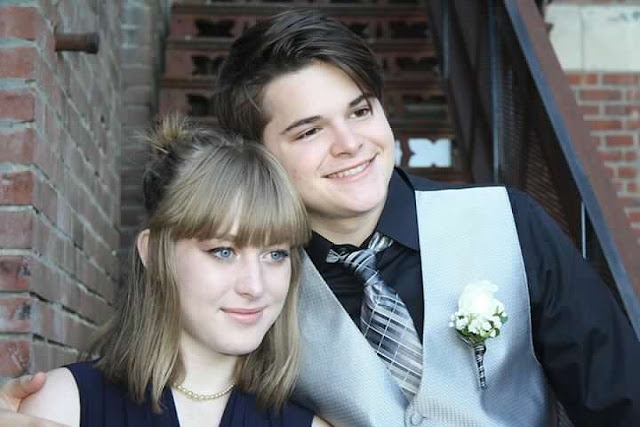 Well...last night was a bad, bad night.  It's interesting how just the knowledge of what is to come can taint even the best of days.  Sometimes it's simply the knowledge that a bad day pretty much has to be coming, because I've had so many good days in a row.  They can't, after all, be the perfect, fulfilling, productive day.  After so many in a row, you just start to dread, "So...is the crappy day going to be tomorrow?"

I'm the kind of person who has to have those anxious fears pretty much every night.  I.n.s.o.m.n.i.a.c.  It runs in my blood.  It is not easy knocking out all of this for a consistent 8 hours!  I spend a good part of each day just plotting how I am going to get myself to fall asleep and stay that way for a decent amount of time.

And I have to admit, since Kerri died, I've become a little too lax with the wine and Benadryl.  There's irony for you...my sister dies of (ultimately) alcoholism, and I respond by drinking more.  Smart.  For awhile, I decided to quit drinking wine altogether.  I needed to get a handle on self-control.  To compensate, I let myself start up an old Coke habit.  Now I find myself equally addicted to both.  Classic, right?  You would think a budding counselor would be smarter than this.  But, then, I guess it could be worse than a steady supply of sugar water to keep me kicking it throughout the day and a couple of glasses of wine (or so, on the bad days) to knock me down at night.

But, after all, I am so hard on myself.  I am my own worst critic, and that is why I take it so hard when you criticize me.  You confirm my worst fear.  You have found me out.  I really am terrible at this whole "being" thing.

Actually, if I can just step back for a minute (I often do) and get some perspective, I know we all are...terrible. Yes...you, my friend are terrible, too.  If you won't admit it, you are not being completely honest about...well...something.   Paul said, "I don't understand what I do.  What I want to do, I don't do, and what I hate, I do" (Romans 7:15).  EXACTLY!  I take comfort in those words.  Knowing what I know about him, if Paul couldn't even muster up the self-control he desired...well...no wonder I fail! 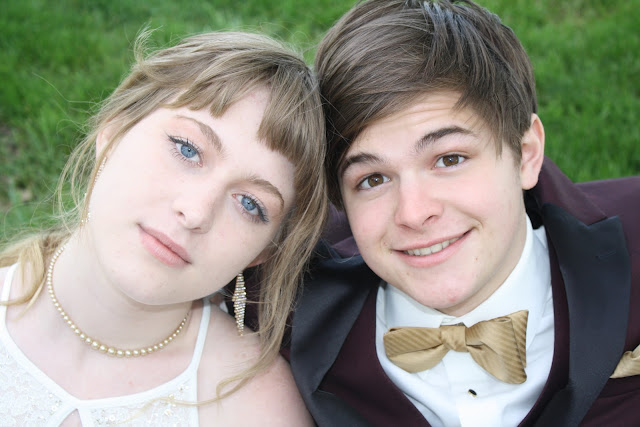 I didn't really even know why I was having such a bad night, at first.  It hit me with such forceful surprise.  I had made Matt turn off the television early, so I wouldn't binge watch.  That  would help me control my binge drinking, for sure.  And I went to sleep at a very decent time.  I was pretty proud for being on such a roll!  Then, the doorbell awakened me at 11:30 p.m., and no one else was getting up to let my daughter in.  (Where is the world was her key?!) And she was wide awake helping Jacob pack for college, so why wouldn't she expect that we were all still awake, as well? And, despite my frustration, I felt the urge to hug him.

It's interesting how close I've grown to my own mortal enemy.

The kid is the living representation of the very thing we had dreaded for fourteen years.  I still find myself struggling to say that dreaded word.  B...b...b...b...boy................friend.  Friend.  Friend?  I didn't want this for her.  I wanted her to have things so much better, and in my opinion the B-word equates with baggage, and baggage is exactly what I do not want my daughter to have.  In my ideal world, she would just marry the perfect man in her 30's and live happily ever after.  No teenage boys.  No teenage dating.  No adult baggage.  The end.  I don't care if it is unrealistic, that was my honest desire.

Of course, I knew better than to actually expect it, but did it really have to start so early?!  Her freshman year?!!  And did he REALLY have be be a Junior?  Good heavens!  "They are seriously pushing the line, here."  "No, I am not excited to hear how close he lives."

But I knew better than to say no.  I knew how saying no might end.

So...if she HAD to do this "first boyfriend" thing, it would be under MY direct supervision, and it would go according to MY rules...starting with how we met. 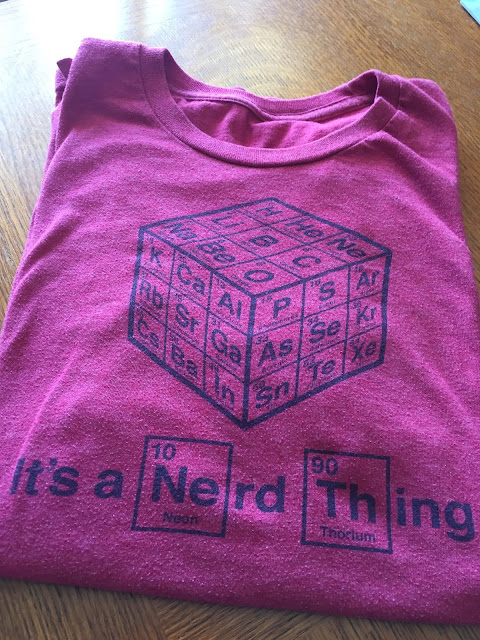 I was driving up the wrong-way on the road toward my alma mater.  (Don't judge me! That school is notorious for changing the campus rules of transportation on a yearly basis.)  My nephew had the front seat, and Xander was in the back with the others.  I was being my typical, amazing mom self and driving them all over town to get the best Pokestops, when I spotted this kid crossing up ahead.  I'd seen enough pictures to have a wild guess, "Hey...who's this kid?!"  Something in my enthusiasm caught her attention.

Exactly the confirmation I needed.  I pulled up to him and rolled down the window.  (Man, I was soooo happy.)  "Hiiiiiii!"

He wore a "NERD" t-shirt and a confused, semi-stranger-danger expression.  "Hi."

I overemphasized the excited "so cute" expression on my face, "I THOUGHT SO!"  I let the confusion hang for just a moment before pulling up and rolling down the back window.

Xander was humiliated.  But, though I would NEVER tell him, the look on his face when he saw her won my heart that day.  (And, then, when he preceded to give me his, obviously rehearsed, verbal resume...!!)

And what more do I say?  Much to my chagrin, he became that dreaded B word.  I did benefit from a new level of power I had not previously experienced.  I was the gatekeeper to one of the greatest treasures on earth...oooooohhhh...this could be fun.  I sat them down. I gave them rules.  I made them talk openly about girls and boys, birds and bees, futures, intentions, purposes and plans.

At one point, I looked him straight in the eye, pointed to his manhood and told him, "If that thing goes near her, I'm going to kill you.  (Shocking pause) Ok...I probably won't kill you, but I might make you wish you were dead."

He could be downright frustrating at times.  I treated him like my own, and, sometimes, he rebelled like my own. When they broke up, I was there to comfort them both.  When they decided to "be friends,"  I accepted them as they were.  He was ALWAYS welcome in our home (except when I grounded them from each other!).  And all along, even from the the very beginning, I dreaded this specific day.  "In two short years, he will leave for college, and you will stay here."  I tried to prepare her.  I didn't want her heart broken.  Unfortunately, I guess I never thought to prepare my own. 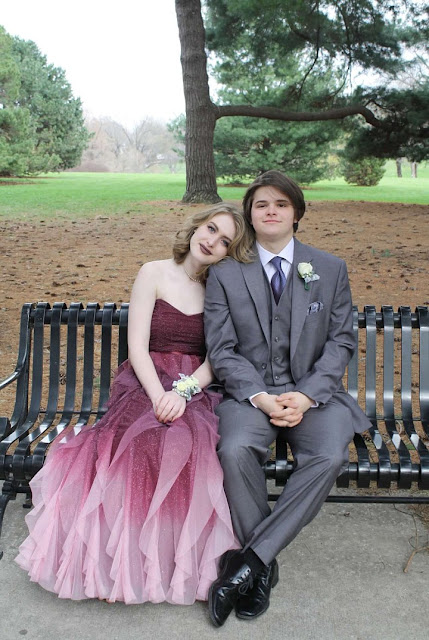 I never could get back to sleep after they left again last night.  I thought they were just going outside, so it's not surprising I didn't fall into a peaceful stupor after the panic of realizing her room was still empty at 1:30 a.m.  And I resigned myself to more wine and Benadryl before I was finally able to crash at 4 a.m.  So, the 8 a.m. "it's time to take Jacob to college" doorbell hit me right on the hangover, and my nighttime mantra of "This days sucks" didn't seem to fully capture the magnitude of what was actually occurring.  However, it sure helped me to finally figure out just why my night was quite so bad.  And here it is...Regardless of what I might say or do...EVER...I really love the b-word more than I hated the idea of him.  And, I can say with totally confirmed honesty, I completely and utterly hate saying goodbye...to anyone, let alone, to the first boy.
parenting teens teenagers