That's How We Roll

That's How We Roll

I've been struggling this week with the "should" be's and do's and 'nts. I guess it comes down to over comparison. I don't know why I can't get this concept through my head: QUIT COMPARING YOURSELF TO OTHERS.

(You have to be especially careful of this with other homeschoolers!)

It's a lose, lose situation. Either I come out below or above, the former makes me feel miserable, the latter IS miserable. ...and either makes me only want to befriend people who are similar to my personality and agree with me. My life would pretty limiting and redundant without more diversity than that! 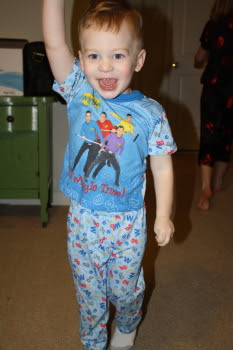 I was talking to a friend during a little knitting group I host last night. She had stayed late to finish up a knitting project. I felt a tinge of guilt turning on a movie for the kids at their bedtime. (I never used to let them have a television in their rooms...of course, we had cable then. Now, I have more control over their viewing with Netflix and dvds.)

I also felt guilty not having the kids in bed at a decent time. (I think it was 10:45 p.m., and I was just starting a movie for them!)

I probably should/shouldn'ts were echoing in my head, and I trust this woman enough to talk about it with her. I knew they were lies.

It's really for God to judge me, and I was basing my fear on the perceived judgment of man (or in this case, a woman). That's not a healthy train of thought. I've had to relearn how to think, since I grew up carrying unhealthy thinking patterns. Confessing those pains help me cope through them and release them to a healthy pattern of thinking.

She is a good friend. She agreed with the truth over me: it's not her place to judge. She may have done things another way, but I am doing what works for my family. And I seriously doubt God is holding an iron rod over my head waiting to hammer me for letting the kids stay up a little too late.

My husband has an odd schedule. My sleep schedule has NEVER been normal. Instead of feeling guilty about it, perhaps I should be grateful that we have found alternatives to the typical structure that enables us to function more easily. (Two of my children have developed my innately irregular schedule. The third tends to hold a schedule more consistently, but she is easily adaptable.)

We get plenty of sleep daily. We are functioning. We manage to get enough homeschool in by the end of each year....AND we are (basically) sane. I'd say that's doing pretty well! :)