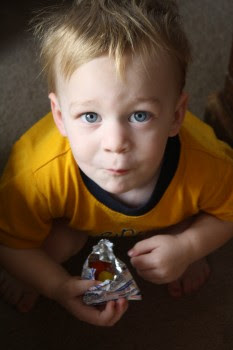 We've had a crazy November. As usual, I've taken on more projects than I can handle. So, I'm having to re-assess and ask God which ones are from Him, and which of them I can let loose.

I had to give up leading a women's small group that I've lead for several years. Sad...especially since we had such an amazingly productive year last year. (We actually saw people healed in the context of a small group of women in my home!) However, it leaves the door open for God to move in my life, and I am sensing change.

For one, I am taking on the missions webpage for our church. A Little Homie has really brought out the geek in me. Yes, I can now admit it, "I am a geek!" And I'm actually kind of proud of it.

Missions has been very strong on my heart. The kids and I are even learning French...just in case. We may branch into several other languages, too. (Especially since our library offers free online access to the Mango language learning program!! What a privileged nation are we?!) We'll see where God leads us.

Part of my reducing includes a move I made at the beginning of the homeschool year. I planned in advance to try to take off the whole month of December. Here in MO, we have to get 1000 credit hours a year. I broke that down between 8 months (September to May minus December). We need to get 125 hours a month, and so far, we are right on track. (We will pick up a few hours a day in between, but we won't be pushing through a full school day all week long. I'm hoping, though, that we'll get enough extra in December and above 125 each other month to end mid-May.) 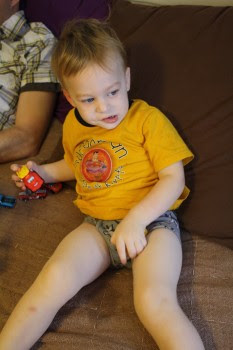 Why take off December? Other than the obvious reason of the hectic nature of the Christmas season, which I am attempting to avoid, I also intend to use this time to potty train the Little Man. The good Lord knows I'll need all the focused attention I can get to accomplish this one!

Notice the little wet spot on my bed?

Technically, he's off to a really good start. We've been introducing the concept for awhile now, and I prepped him that today was his "big day." He has been telling me he needs to go potty right after he goes in his pants, which I think is a start. And one time, he actually went in the toilet after he went a little on the floor!


Hey, that's progress. I told The Hub three strikes and we're out today. After Little Man's third accident (actually the fourth, because the third was his toilet success), we put the diaper back on. We'll try a little bit more tomorrow.